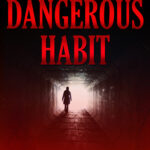 Sister Minnie Chance just killed a man—an act that challenges the faith on which she’s built her life. The police, believing Minnie acted in self-defense, allow her to escape the Sister Slayer—Death by Baseball headlines to be with her sick father in Florida, but before she’s been there twenty-four hours, her father’s secrets begin to explode everywhere, and she’s forced to … END_OF_DOCUMENT_TOKEN_TO_BE_REPLACED