Most of us ache for the opportunity to shine at the gift we’re born with. Symphony Weber wants to give hers back. As an overweight kid, she longs to be like everybody else, so when the dreams about the stranger begin, she keeps them to herself. However, her growing intuitive abilities are not so easy to hide. Symphony discovers she must share knowledge, give warnings, and take on responsibilities that further complicate her life. Soon, her secret leaks. As a teenager, she stumbles over a way to make herself more normal. But there is a price. Years later, when a childhood nightmare returns to collect, she must fight to regain the gift she has always considered a curse.

All Pinky Harper wants is a full-time reporting job, a faithful lover, and a guarantee that she hasn’t inherited her father’s schizophrenia. For weeks, all her daddy’s been talking about are the two young girls he’s watching over. He swears the girls—one black, the other, white—are from the year 1915 where something they found in a flowerbed magically switched them into each other’s bodies. Pinky is sure the girls are her father’s most recent hallucination until she stumbles across a clue she can’t deny. From there, her investigation draws her into the depths of racism—past and present—puts her, her father, and the girls in danger, and twists her perception of reality and fantasy until she begins to fear for her own sanity. 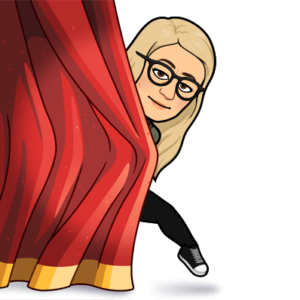