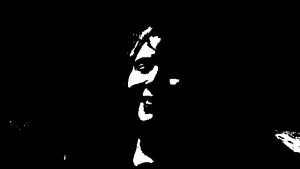 The show I told you about in my last blog was a wonderful success. I got to know my character so well it took me about three weeks to completely shake her shadow. If you watch the show in the link provided, you will see that Darla Thompson’s depression didn’t creep in “on little cat feet.” The little cat feet carried it away, or at least they eased it.

I wouldn’t call myself a cat person. I have a greater connection with dogs, but I wanted to explore what might emotionally push someone to collect stray cats. I was led by my curiosity, stirred by the memory of an old news story, then I added some cayenne pepper, a spoonful of sugar, and voila. Darla Thompson emerged.
Often, that’s how I write: a little truth, a little fiction, a little spice, a little sweetness. Then I let my fellow writers taste-test the batter. I listen to their feedback and adjust the recipe slightly. When I’m satisfied that it tastes like something I’ve completed, I serve that product to beta readers.
It’s an amazing process.
It’s a process that takes a long time when you have a day job.
Sometimes I think it’s too hard, that I should just give it up.
Have a life.
Then I realize I do have a life.
The life of a writer.
There’s a list of authors who have supported themselves with day jobs. Virginia Wolff ran Hogarth Press. T. S. Eliot worked at Lloyd’s Bank. Frank McCourt taught high school and college. Franz Kafka was an insurance guy. Lewis Carroll was a mathematician, a photographer, and a teacher. William Faulkner was the supervisor of a power plant. Dostoyevsky was an engineer. Kerouac picked cotton, washed dishes, worked as a night guard, a gas station attendant, a fire lookout, a deckhand, and a railroad brakeman. That list of authors is huge and it’s still growing. I’m not saying that I belong with the group I just mentioned, but I am on the list.
Cynthia Rogan is also an accountant.
So there!
Write on.
Thanks for reading.