Remember that scene in 2001 A Space Odyssey? Hal 9000, the computer—in an act of self-preservation—refuses to open the pod bay doors and let Dave return to the ship.

“I’m sorry, Dave, I’m afraid I can’t do that.”
We trust technology just like Dave trusted Hal. But an electronic device can change your life in a micro-second if you don’t show it who’s boss.

It was a gorgeous morning, not a cloud in the sky. I got to the office, threw the curtains open, and started to work. I’d been there for about 10 minutes when the phone rang.
“Hello.”
The man on the line said, “Look out your front window”
There were four policemen with their guns drawn.
“What’s happening?”
“Come out of the building slowly and keep your hands where we can see them at all times.”
“Okay. Why?”
“Come outside, Ma’am.”
“Were you the only one in the building?”
“Yes.”
“We received a panic call from this location. Did you place that call?”
“No.”
“Do you have an alarm?” 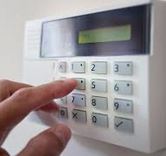 Oh man. I must have pushed the panic button on accident.
I hate when that happens
Two officers searched the premises. I stood there, aching arms held out to my sides, wondering what they’d put in their reports. They’d probably call it operator error, but they’d be thinking, “What an idiot.”
I’m surprised the police didn’t remember me from a few years earlier when the kids gave me my first ipod. Do you realize how hard it is to hear an alarm going off when you’re listening to music through your earbuds.
Electronics! They just don’t fight fair.
How many of you have a GPS?

Does yours yell at you? Mine does and that’s humiliating when you have a car full of people.
I call my GPS Ammie. It’s short for American English. Ammie tells you three times that a turn is coming. She gives you every opportunity to do the right thing. So, if you miss the street or there’s construction she doesn’t know about, she gets a little ticked off. As a mother, I get that.
The first time I used Ammie, I missed the turn. “Recalculating.”
I corrected by going around the block. I turned right. “Recalculating.”
Turned again. “Recalculating.”
And again. “Recalculating”
When I was finally back on track and needed her advice, she refused. She claimed she’d lost satellite reception. Yeah right, you…you…you…Hal 9000.
I hate it when that happens.

When I got my first iphone, I felt so modern.   But my kids and grandkids had to teach me how to use it. Whenever my grandkids were around, my phone always disappeared. “What are you doing?” I’d ask. “Nothing.” (Giggle, giggle, giggle) One week, I was out of town for a class. I sat down for lunch at a table with 11 total strangers. When I pulled my phone out of my back pocket, I must have held the button down too long because all of the sudden, Siri said, “I’m sorry, Big old booty, I didn’t hear that.”

Everyone at that table stopped and stared.

“My grandkids think it’s funny to change my name in the phone.”

I was mortified. When I told the kids, they were embarrassed too. But did it stop them from pranking my phone? Right now, if you ask Siri who I am, she’ll say, “Your name is Cynthia, but because we’re friends I get to call you “You’re annoying.”
Hey, that’s better than Big old booty.
I could tell you about the demonic timer on my sprinkler system that almost killed my brand new lawn this summer, or the time I texted something very personal that somehow ended up on my brother-in-law’s phone. My brother in law thought it was hilarious. My sister? Not so much. And don’t even get me started on autocorrect. I’m already a little short on dignity—and time.

So, let me leave you with this. If it’s electronic, it has a power button–or a kill switch as I like to call it.
But don’t say that out loud. You never know who or what is listening. 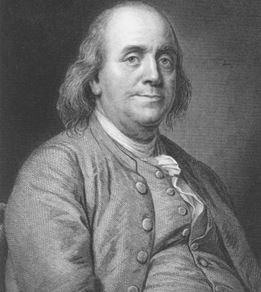 “Beware of the young doctor, the old barber, and the computer you’ve said bad things about.”

You know how I know Ben Franklin said that?