You may have met him at one time or another.

He lived up the street or around the corner or even next door. He charmed the girls, shared his best toys with the boys and primarily did what his parents and teachers told him to. Cyrus wasn’t perfect. He was just a regular kid. Occasionally, as with most children, he did something he shouldn’t have, but most of the time he was happ 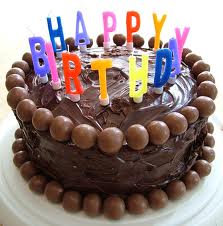 y—at home, at school, and with life in general.

Shortly after Cyrus’ tenth birthday, he lost his smile. He left school with it one Friday and returned without it the following Monday. From that point forward, he had difficulty staying awake in class and everyone knew why.

His parents had begun a chain of loud and vicious arguments. His father had a girlfriend and was often gone for weeks at a time. His mother began to drink, and was so immersed in her own misery that she had no time for Cyrus’. He avoided going home after school. He spent the night with friends as often as possible. Cyrus stopped talking about his family. The word–we–deserted his vocabulary and in its place stepped–I. 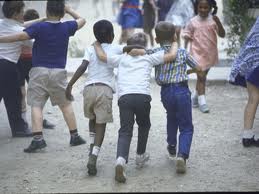 Sad-eyed girls competed over who would help him with his homework. The boys distracted him with whatever rough-and-ready activity they could find. Everyone seemed to like him and took care not to bring up anything unpleasant. They all knew there was enough of that waiting for him at home.

Once Carl and Angela Driskoll divorced, the situation worsened.

Carl took fatherhood seriously, unless, of course, he had something better to do. Doing his girlfriend always seemed to take priority. So, as Cyrus struggled to find steady ground and Angela sank deeper into a chronic drunken state, Carl made plans to remarry.

News of the wedding sucked Angela further downward and when she finally emerged, the power that propelled her forward was derived from the malignant bitterness she felt for Carl. With that force behind her, she was able to begin a new relationship of her own—with anything and everything from alcohol to Xanax.

Cyrus’ entire world had changed. Where love had been guaranteed, loathing became surrogate. Neither parent bypassed the opportunity to deform their son’s vision of the other; a practice which eventually led to a complete lack of respect for relationships in general. The late night brawling, the venom, the tears—had been much more than the ten year-old could handle. Sometime between hearing the word “divorce” uttered through clenched teeth, and the formal dissolution of his family, Cyrus lost his footing. He had learned to break his fall by grabbing onto whatever was available on his way down.

For almost eight years now, Katie had been his cushion when he hit bottom.