Nothing is black and white… really. 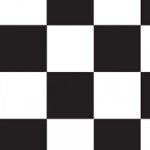 All things are shaded by point of view.

Most of us have experienced this by the time we’re out of diapers.  You think you should have a toy, another baby is sure they need it, and whoever ends up with the prize ultimately believes they deserved it.

By the time we’re four or five we learn to tailor our perception if the need arises.  You know, by then, that taking something away from your little sister is not acceptable.  So, just in case your mom is looking, you bring an item to bargain with.  By the time your sister starts to wail, you have fled with the Spiderman toy and convinced yourself that the broken dinosaur leg you rescued from the trash yesterday, was a worthy trade.  What’s the big baby crying about, anyway?

During the teenage years, viewpoint fluctuates constantly.  It’s astonishing how easy we find it, during those years, to believe our parents have always been the age they are. They just don’t understand what it’s like to be a teenager, do they?  Besides, if they knew some of the stuff that was going on in your life, they would just worry… and you’re saving them from that.  Right?

At some point, usually between twenty and twenty five, we suddenly begin to see things with clarity, and, if we have any self-confidence at all, we know that, after thorough examination of all objectives, we are living life exactly as it was meant to be lived.

As I get older, having seen and taken part in so many altered points of view, I am, on occasion, able to see the humor in our different stances.

At sporting events our desire to win is coupled with our wish for the other team to lose… we’re just too polite to say it in those words.  So… we jeer the fouls and penalties against our team as the other side applauds them.  How long have we been determining who the good guys and bad guys are based simply on observation from our position in the stadium?

If  “Cowboys and Indians” (cattle herders and native Americans) could have discussed their differences over Aunt Betty Jean’s peach cobbler, would there have been less fear between them… less blood shed?  Perhaps more compromise would have been possible, however; words, alone, are not always enough to demonstrate point of view to another party.  If empathy is not present on both sides, the emotion attached to the words is often lost, weakening the chance for resolution.

If you’ve ever said, “I would never do that”, and then, at a later time, caught yourself doing exactly what you said you “would never do”, you’ve had the chance to see and feel both sides of an issue.  If you’ve never had that opportunity, please consider this scenario.

You’re a mom.  You’ve worked all day and, in exactly one hour, your home will be overrun with thirteen eight-year-olds expecting a birthday party.  Five minutes before you’re scheduled to leave, your boss asks you to run a fifteen minute errand on your way home.  It’s forty-five minutes counting down, when you arrive at the grocery store to pick up the cake and two items you forgot yesterday.  You dash from the parking lot into the store, grab a cart and fly through the aisles desperately searching for the two items you need.  Once you have them, you’ll will be able to retrieve the cake from the opposite end of the store and head home.  You can make it.  You’ll just have to hurry.

I’ve been sick for a week.  With burning stomach and aching head, I show up at the market during rush hour in search of something I can actually swallow — and keep down.  I mosey down the soup aisle in a feverish fog, wearing the pink terry cloth slippers I forgot to change out of.  I should be home in bed but I’m not.

You’re pushing up behind me.  You try to go around me on the right, but your cart won’t fit.  You aim left but I’m standing there, half asleep, attempting to focus my eyes on a tiny list of ingredients.  You realize that mere urgency doesn’t justify running me down.  “Excuse me,” you sigh heavily.  I stand aside and you disappear so quickly I’m left wondering whether I hallucinated you. I chuck two cans of chicken soup in the bottom of the basket and make my way toward the soft drinks for some

You’ve planned to stop and pick up a bottle of lemon-lime soda for the party punch, but everyone else in the store seems to have congregated there, so you decide to collect the cake first.  Next, you swing over to the baking section, grab a tube of icing to correct the misspelled name of the birthday child, and then hit the soda aisle again just after the frenzied crowd has all but emptied it.  There is no lemon-lime drink left.  Ginger ale will have to do.

We both reach for the last bottle of ginger ale.  You grab it first and, with a triumphant gleam in your eye, turn left to head for the checkout lanes.   You’ll make it home just in time to greet the guests.

My body hurts and the noises coming from my stomach are beginning to mimic a horror movie soundtrack.   I really needed that ginger ale.  I want to sit down on the empty shelves and die, but I don’t have time.  My goal is to make it home before I retch.

We both had solid reasons for wanting that last bottle of ginger ale, so neither of us is in the wrong.  Right now, I see you as an uncaring bitch.  But, if I had gotten the last bottle, in your eyes, I would be a one.

Day after day our observations are tempered by which side of the field we’re sitting on.  Without empathy, moving to the opposing side doesn’t necessarily change our perception.  So try and remember that unless you are alone in a room with a rock, there’s more than one side to every argument.  If you forget that, I have some suggestions to remind you.

Go to a little league game and watch two opposing parents pulled apart by the umpire.  Pick out a new outfit for your teen-aged daughter.  Call your health insurance provider to see why they denied a claim. .

And, whatever you do, don’t get angry.  No one is wrong or right.  We just have different points of view.